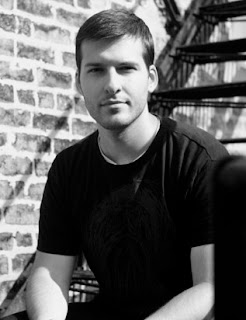 Timothy Compton loves to tell a good story! Whether it is comic books or filmmakers, Timothy is busy writing away and sharing a good story.

"Runnin' Down a Dream" caught up Timothy to talk about his comic book Monster City and he talks about his influences!

QUESTION: You are a creator, what is it you have created?
TIMOTHY COMPTON: Beyond comics, I have been able to work in film and create a number of shorts among other things.
[However as] far as comic books go, I’ve had the pleasure of creating a series called Monster City with the help of the illustrator Aaron Nicholson, over the last couple of years.


QUESTION: You're a fellow CEPGer too!
We are people who get to work with Comics Enterprises Publishing Group head honcho Mike Rickaby!
TIMOTHY COMPTON: Mike was kind enough to feature a preview of Monster City #1 in the most recent edition of Megabook. This is the first time I’ve worked with Mike and been featured in Megabook.
We’re very excited to be sharing the anthology with all the conventions we are a part of. 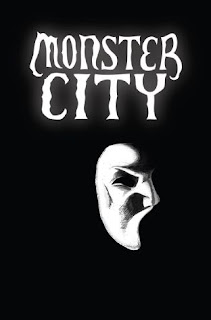 QUESTION: What's Monster City about?
TIMOTHY COMPTON: The book is ongoing and centers around a cult psychologist who is investigating the disappearance of a young girl who was abducted by the mob. But this is no ordinary crime syndicate, the mafia in this city is under the control of Dracula.
Monster City is a noir-horror mashup which will feature many of the classic monsters reimagined in a gangster context.
QUESTION: Now you have another project besides Monster City, what else do you have?
TIMOTHY COMPTON: I’ve just completed work on Ice Zombies, a comic which centers around a young woman who tries to hide from her past by moving to Alaska but soon discovers she is sharing the land with some undead neighbors.
QUESTION: Are you getting the word out about Monster City?
TIMOTHY COMPTON: Monster City is available on Comixology and has been featured on several comics news sites.
In addition to that we’ve shared the book with our audience through comic conventions and local comic shops that are willing to carry us.
QUESTION: Who have been your creative influences?
TIMOTHY COMPTON: There are too many to name! For Monster City, Aaron and I were visually inspired by some Eastman and Laird Teenage Mutant Ninja Turtles comics and a variety of old film noirs.
QUESTION: What is it you hope to do in the future?
TIMOTHY COMPTON: Keep creating! There are many stories to tell.
QUESTION: Thank you so much, Timothy!
Please visit the links above to see Comics Enterprises Publishing Group and follow the Comixology link to Monster City.
Also, visit Timothy Compton's web site here. Runnin' Down a Dream

Promote Your Page Too

All rights reserved. No part of this publication may be reproduced, stored, or transmitted in any form, or by any means electronic, mechanical or photocopying, recording or otherwise, without the prior permission of the copyright owner.